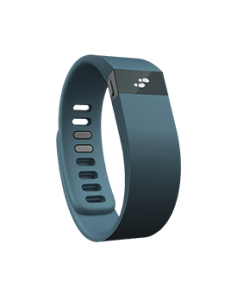 I was the lucky, or so I thought, recipient of all things Fitbit for my birthday. I’ve never been so excited about birthday gifts. I got the scale, the clip-on Fitbit, and the Fitbit bracelet.

I was so excited about the Fitbit and how it would be monitoring my sleep and movement. I thought it would be great to be able to discreetly clip it in my bra or pocket.

I also loved the idea of it syncing with my scale. What a genius idea! As I started trying to adapt to life with the Fitbit clip, I realized it was just a pain to keep track of. I’m constantly changing clothes because of working out, kids’ sticky fingers, etc. Remembering where the Fitbit was hiding and making sure it didn’t make its way into the wash was too much work. Recently someone told me she had to replace hers several times because of accidental washing. As I’m writing this, I’m remembering mine is in my workout pants pocket in the laundry room. Oops. Anyway, too much to keep track of. So I decided I wanted to give the bracelet a try. Only problem was it’s a two-person job to get the bracelet on and off. Terrible, terrible design!!! Now I’ve decided to look into returning at least the bracelet, which I was never even able to get on my wrist.

I like the scale! But if I’m not wearing the Fitbit, what’s the point, right? I gotta say, I’m totally disappointed. I had high hopes for Fitbit and me.